Sony Introduced a new Mobile Phone Sony Xperia 1 III in The Market in 2021 with awesome Specs. Who Searched a Good Level smartphone this is an awesome Choice For Them. Sony Xperia 1 iii Expected Price is Rs 40,000 in Pakistan. This is an unofficial Price and Specs. The Rear main specs & specifications Mention After the Official announcement From the Dealer.

The Selfie Camera is 16 MP to Take Selfies with HDR Results. An Octa-core (1 x 2.84 GHz Kryo 680 & 3 x 2.42 GHz Kryo 680 & 4 x 1.80 GHz Kryo 680) Processor in this device with a strong Qualcomm SM8350 Snapdragon 888 (5 nm) Chipset & GPU Adreno to Make the device More Strong. The device running the operating system Android 11 OS. The Smartphone loaded a 4000mah battery for the user to uses a device for a long time. Find Sony Xperia 1 III Price on What Mobile Z. A Finger-Print Reader also in this device for save Data. The Connectivity system is also awesome in this device. To Read  Sony Xperia ace 2

Check All Latest Mobile By Sony 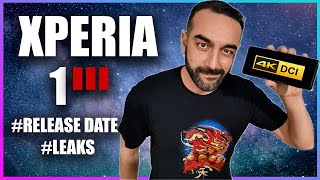